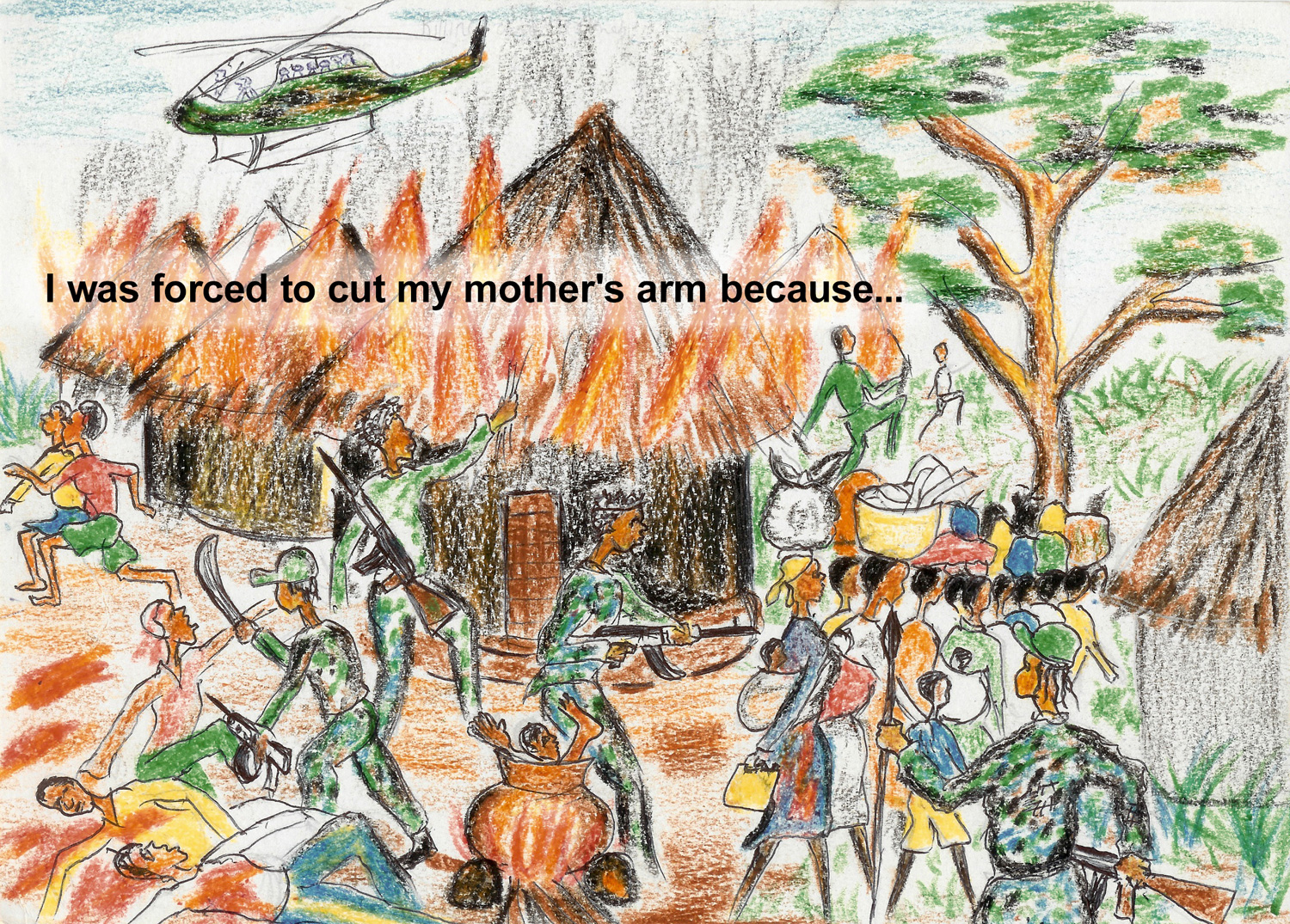 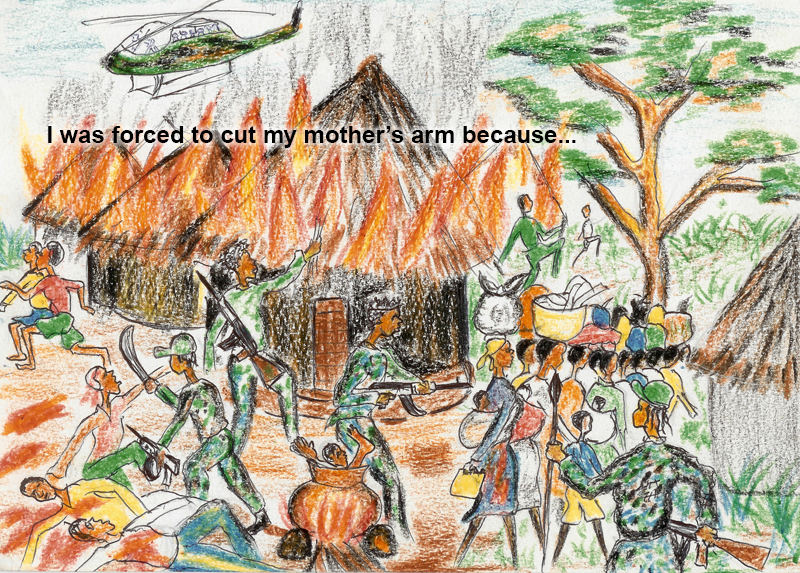 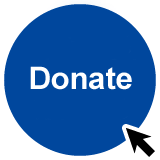 Charles (alias), living in Gulu prefecture, Uganda, was 16 years old. It was the beginning of a tragedy that he was walking through his neighbor village.

"I couldn't wait for my mother's return, so I went to the next village to pick her up.
On the way there, I was surrounded by soldiers with guns and taken to a rebel group." 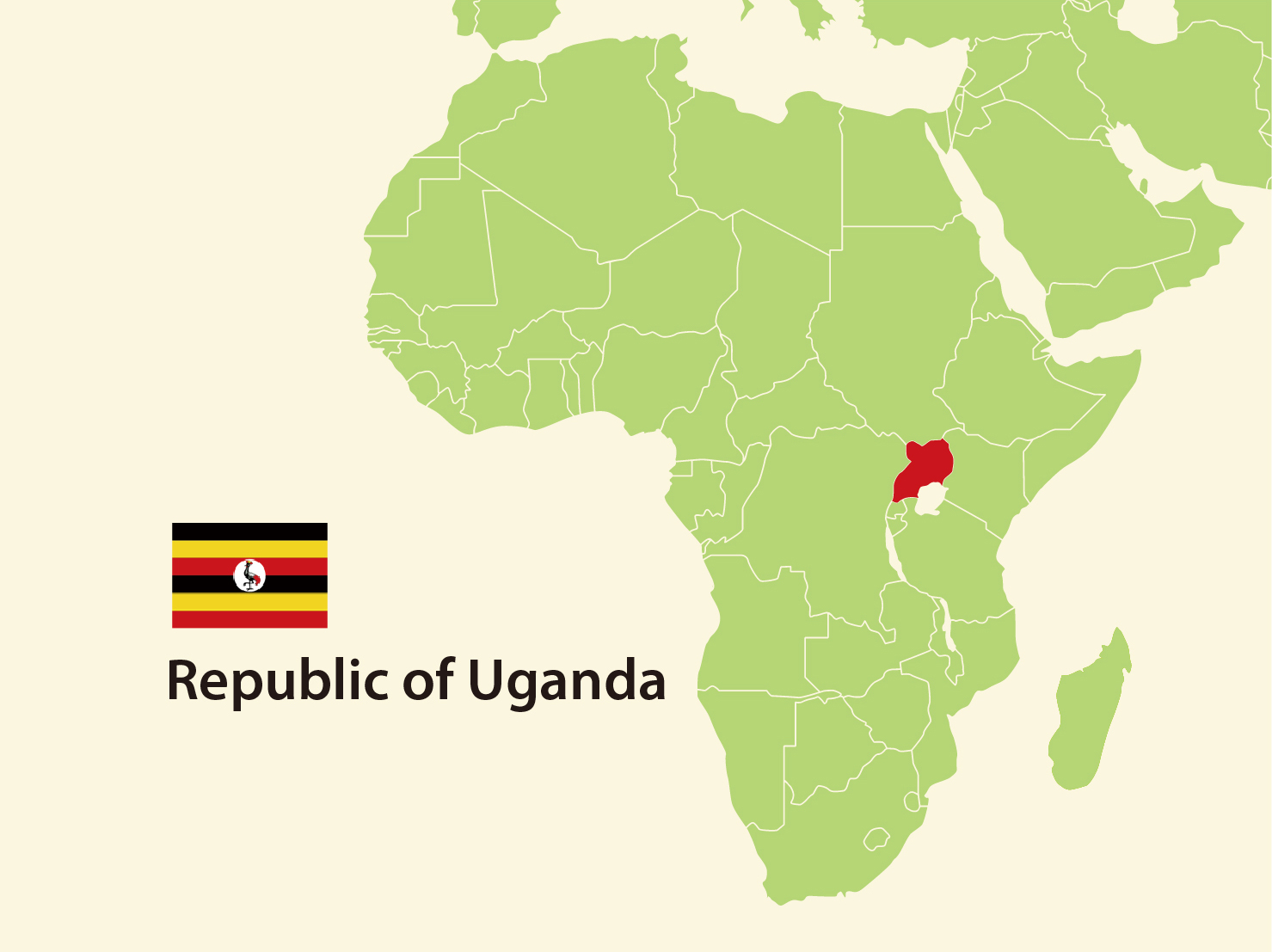 Uganda had been under the internal conflict since the latter of 1980. The Armed group, called ‟LRA”, abducted children who were around 10 years old and brainwashed them with violence. They forced these children to fight with guns in the front line of battlefields.

A few days after being abducted, Charles was taken to the village where he was born and raised. He was then forced to join a campaign to assault the village. 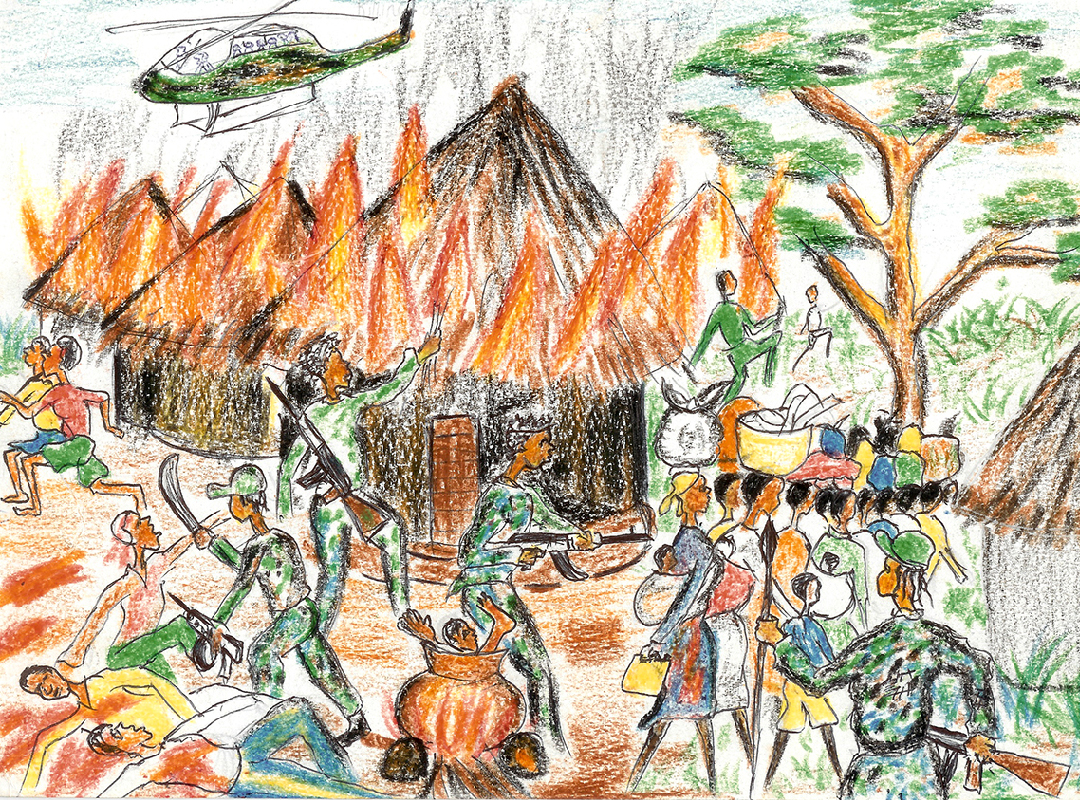 Adult soldiers took Charles to the village, and then they commanded him in front of his mother.
‟Kill her!”. They were shouting and pressing the edge of guns on her.

"I was terrified and scared.
Of course, I said I couldn't do that.

The soldier then had me hold a sword and
'Cut off her arm, or I'll kill both of you.' he said.

I did love my mother.
My hands were shaking because of fear and my head went blank"

"Whatever happens, I want her to stay alive and me too..."
Charles repeatedly swung down the sword to his mother's arms.

The Reality that children treated as
"disposable" in battlefields

Child soldiers, such as Charles, still exist not only in Uganda but also in Asia, Africa, the Middle East, and Latin America. Generally speaking, at least, there should be 250,000 child soldiers all over the world.
These children carry loads such as weapons and food and are forced to use guns.

In some cases, they may be forced to walk through a minefield instead of a mine clearing device, or be marched to the front of the line as a "bulletproof". Some units lose their fear in drag and are forced to charge at the enemy.

"Children can be brainwashed, so it's easier to get them to do what we say."
"We'll be able to procure them if we raid the village, so we'll be able to replace them at any cost."

For the convenience of adults, children are being disposed of as if they were "consumables".

Girls are also victimized, such as being forced to marry soldiers or sexually abused. Some former girl soldiers are lost with their children due to unwanted pregnancies. 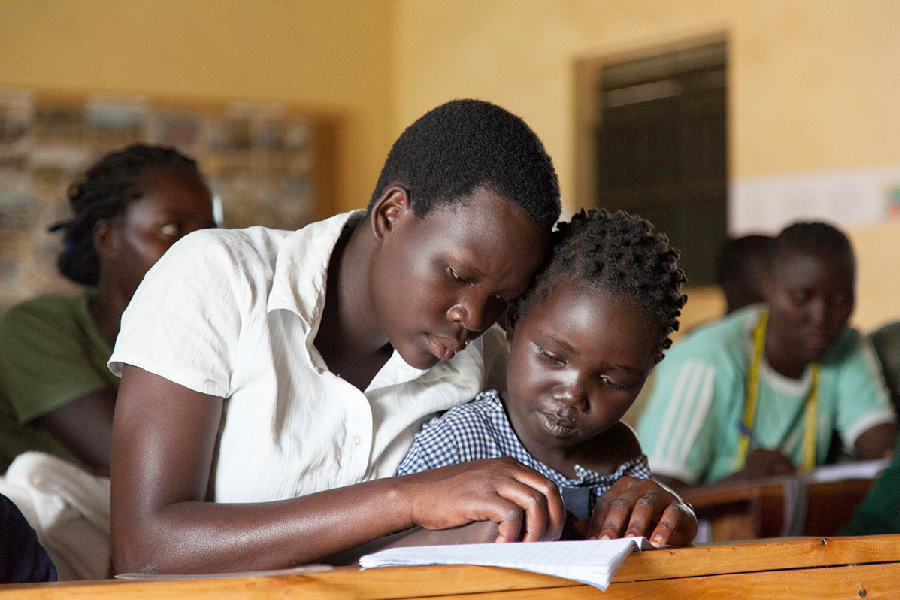 Margaret (alias) was abducted and seized by a rebel group for seven years since she was fifteen years old. Besides, she was forced to marry a soldier being the almost same years old as her father.

After that, she was infected with the HIV/AIDS virus. She suffered discrimination and prejudice from many local residents after returning to her home-village because she was a former child soldier.

Charles had just been rescued from a rebel when we visited Uganda for the first time. He was able to meet his mother again two weeks before that.

After the incident, she fainted, but she survived.

His mother losing her arm was thin and seem not to be well. Nevertheless, he told us that she kindly talked to him.

Charles is reminded of the time as if seeing far away.

“But my mother will have never loved me as much anymore
as she did when I was a child.
I know that.

Conflicts over rare metals are also the cause!
We were not "irrelevant."

How did such a cruel child soldier problem come about?
We've come to understand that it is not at all unrelated to our affluent lives.
For example, tantalum (a rare metal) is used in mobile phones and computers. 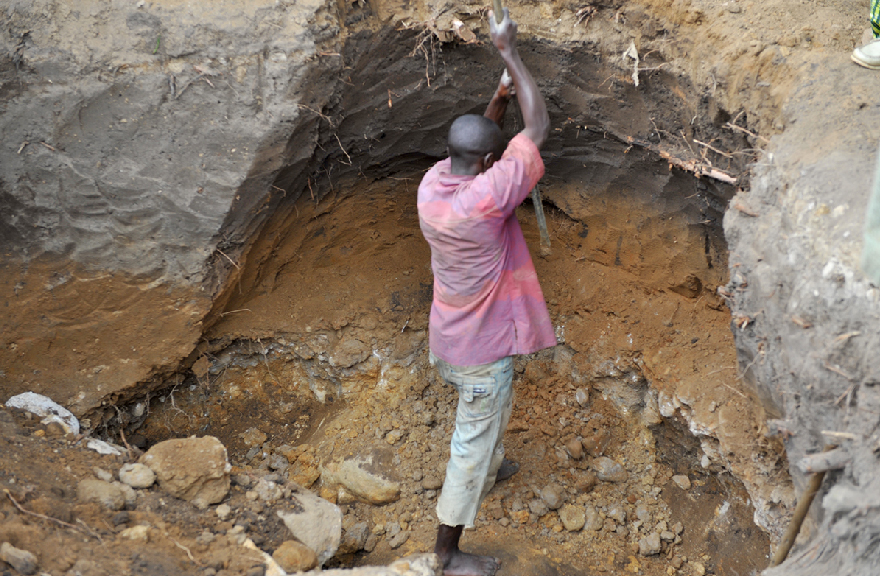 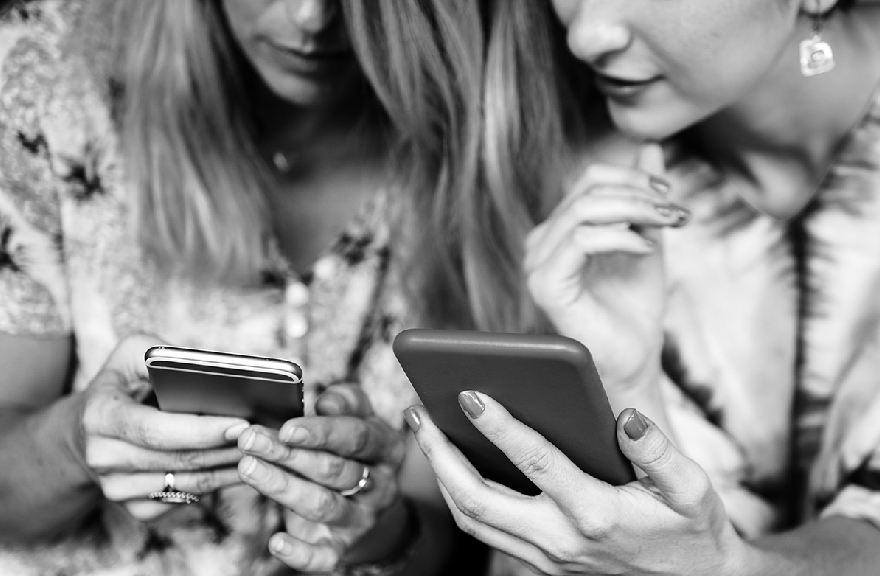 In eastern part of Democratic Republic of the Congo, the conflict has been exacerbating to obtain these minerals.Children are sent to the battlefield as soldiers.

Who uses the resources from these countries? We can also be said to be "players in the conflict".

What I saw when having courage to admit that we were creating a war... 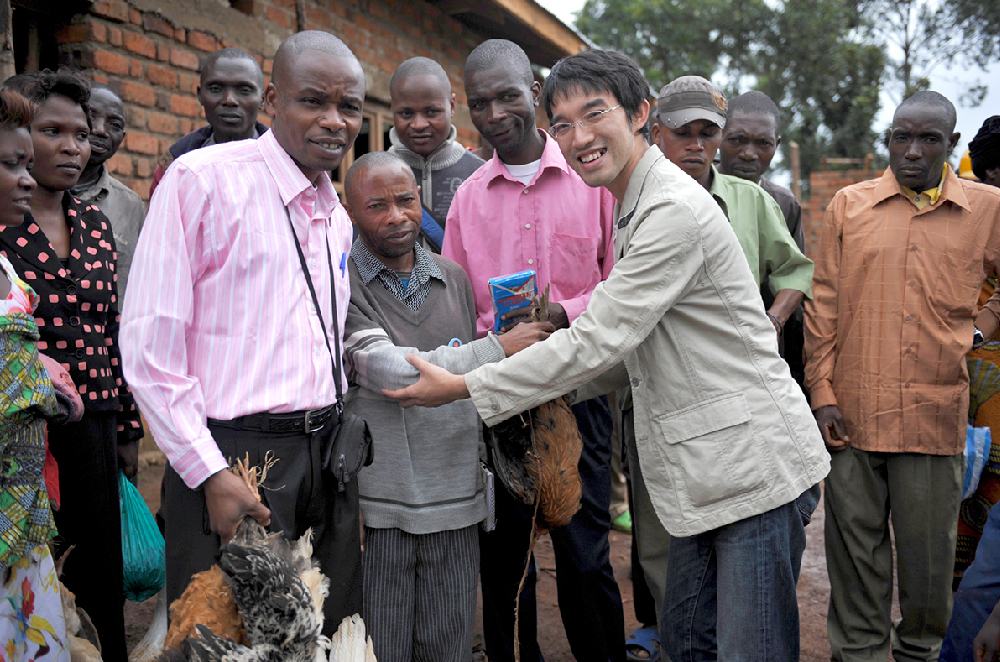 “I want to help child soldiers.”

Although I stepped on the African soil with such a strong emotion, I felt as if I had been hit in the head.

“It is us who create the causes of conflicts.“ Stomping on their lives with one foot while trying to reach out in support with the other.

However, the fact that we are creating conflicts means that we are on the side of being able to change the problem, if we look at it differently.
By being brave enough to admit it, I can see what we can do.

Therefore, we, Terra Renaissance, started supporting the reintegration of former child soldiers in Uganda in 2005.

Towards a society where all former child soldiers will be
renitegrated into a community without fear and want.

We have supported former child soldiers in restoring their self-esteem so that they can find a job and earn income on their own.

“It's support for self-reliance, not dependence on support.” 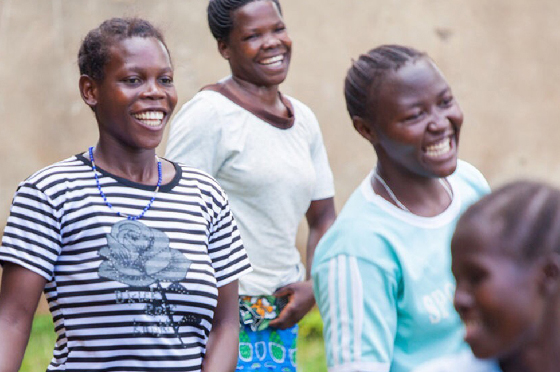 We conducted counseling for individuals and groups. Besides, we also have programs for mental stability, such as music and traditional dance. 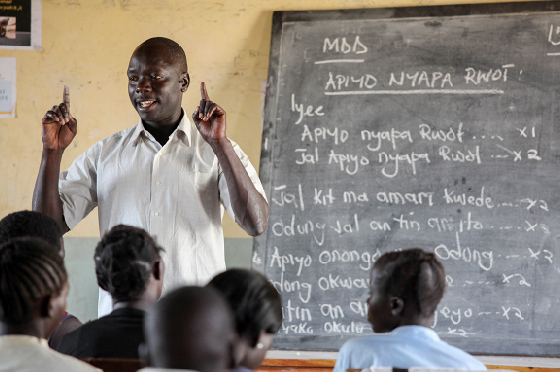 We provide literacy, math and English classes for daily life, as well as basic health care. 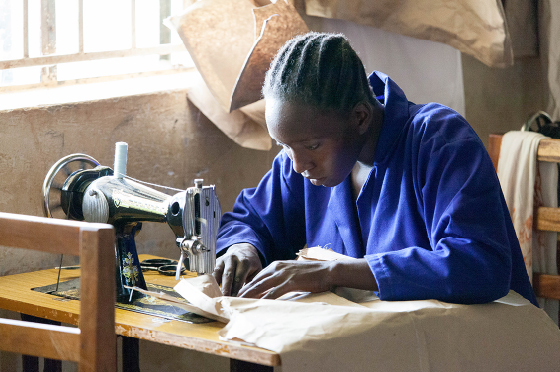 Our support has brought back a lot of smiles. 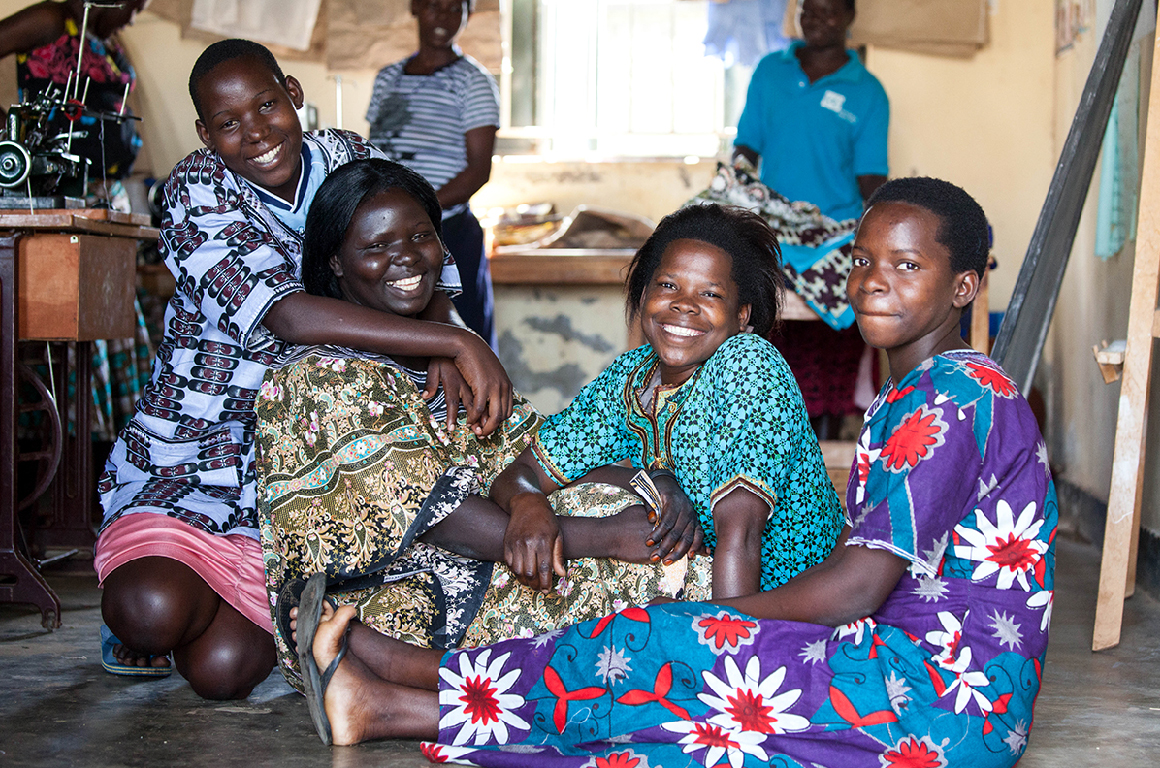 With support from many people, we have helped more than 3,000 people, including child soldiers, those affected by conflict and people in the poverty in the world.

In the case of Uganda, we have been able to achieve things below... 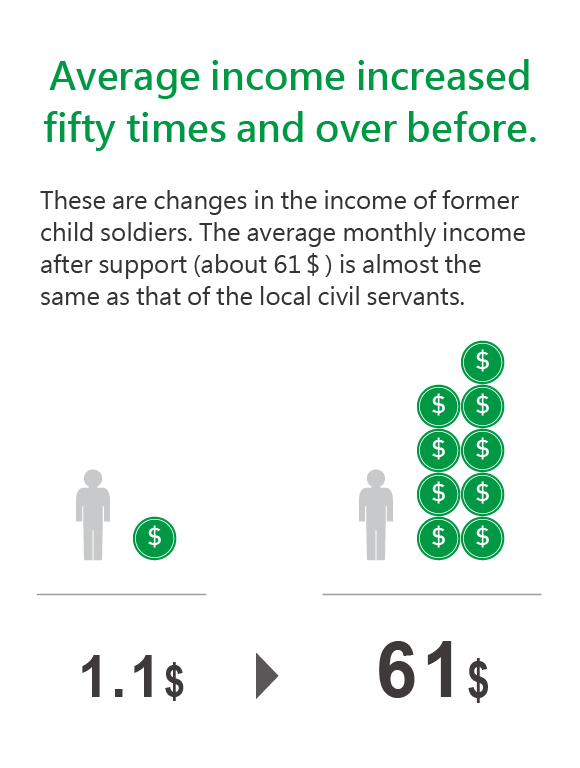 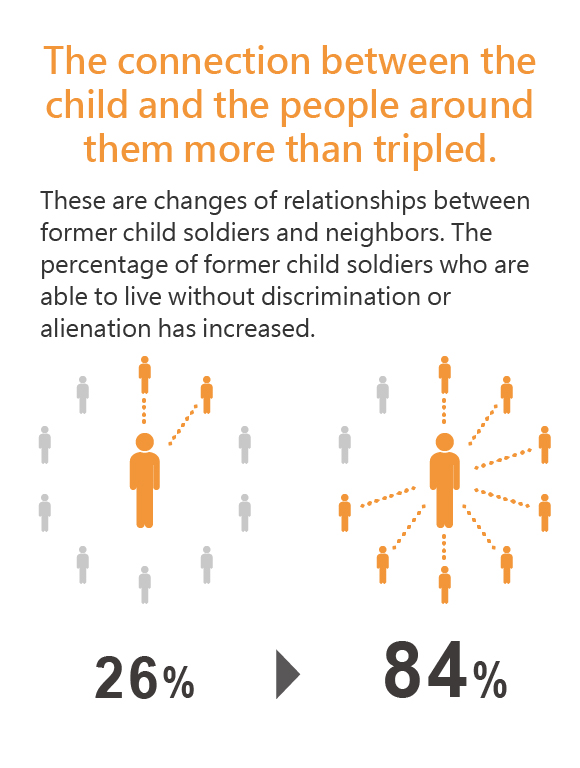 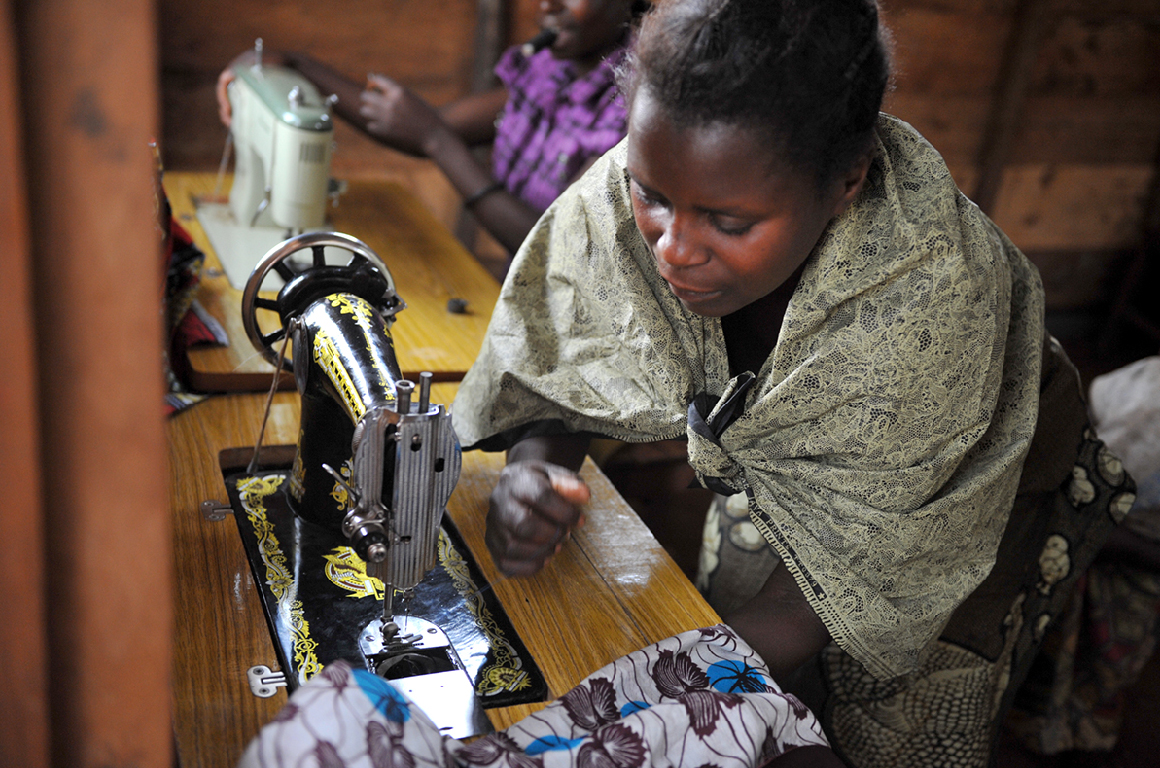 I was able to regain the pride of living and the joy of being needed by someone else.

I was abducted when I was 11 years old. Since then, I had been forced to engage in fights as a child soldier for ten years.

I was released from the rebel and finally went back to my home village. However, I confronted discrimination and prejudice from others.

Under such a circumstance, I received the support for self-reliance by Terra Renaissance and learnt the skills of sewing because of support from many people.

As I developed my dressmaking skills, people in the village started asking me to do clothes work for them.
I could gain income through my job and I regain feeling happy about being needed by somebody.

I will never forget to be thankful for people supporting us. Thank you for supporting my life.

Other projects of Terra Renaissance

Terra Renaissance is an NGO established in Japan in 2001 to support the self-reliance of conflict victims in six countries in Africa and Asia, and to promote world peace through awareness-raising and advocacy activities.
We received Special Consultative Status from the United Nations Economic and Social Council (ECOSOC) in April 2018. 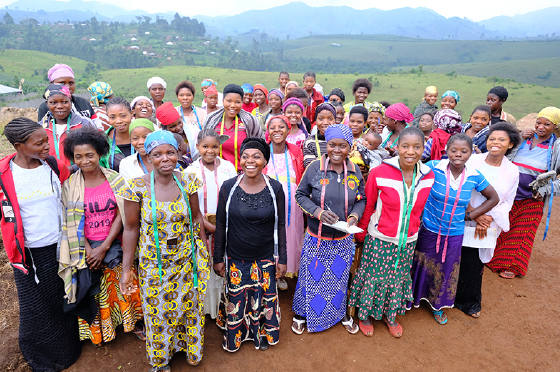 Democratic Republic of the Congo

In D.R.Congo, which has fertile soil and abundant natural resources such as rare metals (coltan and tantalum), conflicts over these resources have continued. People are also not meeting their basic human needs such as clothing (also medicine), food and shelter, and especially vulnerable people have no means of earning income. Terra Renaissance helps local residents to cope with various risks and become self-reliant by helping them to secure their own food and raise their income through vocational training. 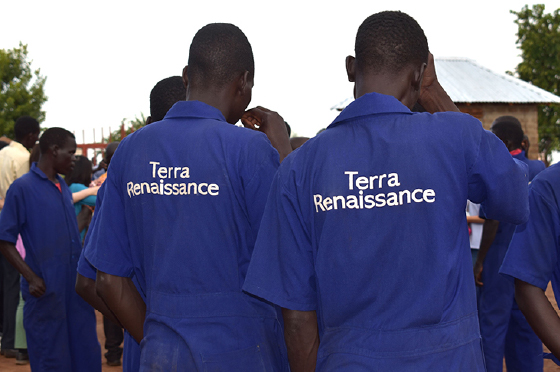 In February 2018, we opened a vocational training center in Pagirinya Refugee Settlement in Northern Uganda and launched a self-reliance project for South Sudanese refugees and host communities receiving refugees to support people in extreme poverty. Currently, we offer vocational training in four areas (wood carpentry, tailoring, brick piling, and knitting). Towards the end of the vocational training program, we also offer business classes once a week to help students acquire knowledge and methods of business that are necessary for them to make more income. After eight months of vocational training, they will set up shop outside the center and start their own business. 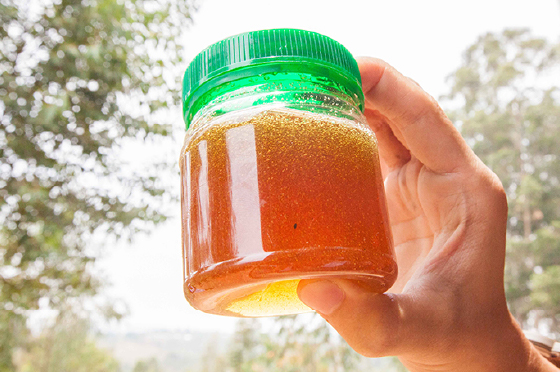 We provide primary processing technology and small business support for beekeeping, pig farming, and agricultural products to vulnerable groups such as single mothers, conflict victims, and people in extreme poverty in Muramvya, Burundi, so that they can make their own lives. We also provide business training to returnees and internally displaced persons (IDPs) living in poverty in Makamba in cooperation with the International Organization for Migration (IOM). 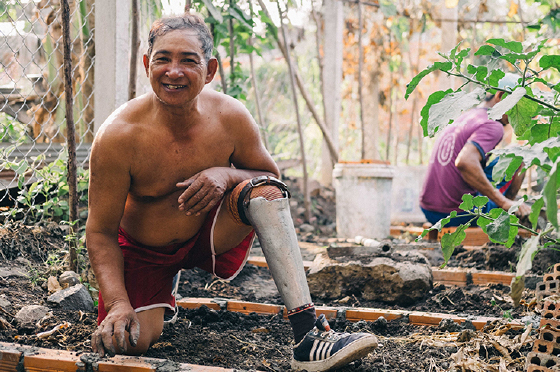 In order to prevent new mine and unexploded weapons incidents, we support the removal of explosive war remnants by providing MAG with the operating costs of metal detectors, excavators, and shrubbery removal machines necessary for removal. In addition, in order to enable people living in the area after the removal to achieve independent living, we diversify sources of income, such as home gardening and livestock raising, to create a balance between income and expenditure for each household. At the same time, support for basic education will ensure that children have educational opportunities and that they will be able to move out of the cycle of poverty in the future. 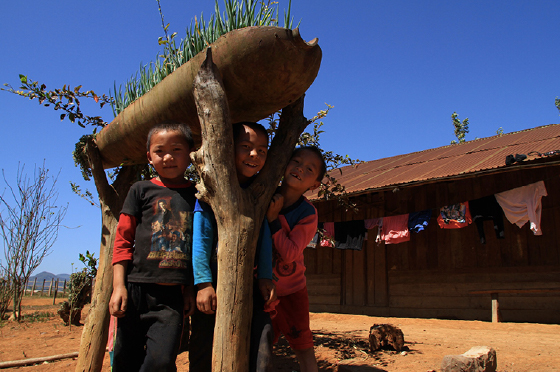 In Laos, Terra Renaissance, Sakanotochu Inc., Kobe University's Sasayama Field Station, and the local agriculture and forestry bureau collaborate with industry, academia, and government to provide technical support for beekeeping, commercialization, construction of a production system, and environmental education for residents living in unexploded weapons-contaminated areas. By developing the traditional beekeeping skills of local villagers, we are working to protect the rich forests and traditional culture while avoiding the danger of unexploded weapons and creating an environment in which they can live in peace. 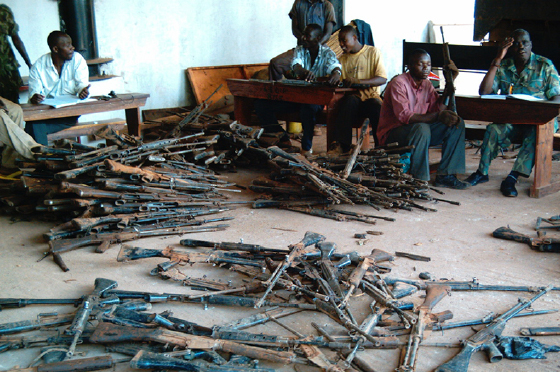 Terra Renaissance is engaged in policy advocacy activities related to "small arms", which is one of the issues to be addressed. In Arms Trade Treaty (ATT) issued in 2014, we have contributed to the conclusion of the treaty by participating in the Japan Small Arms Action Network (now disbanded) and the Control Arms Japan Campaign (now disbanded), lobbying for the conclusion of the treaty in Japan and participating in negotiation meetings. 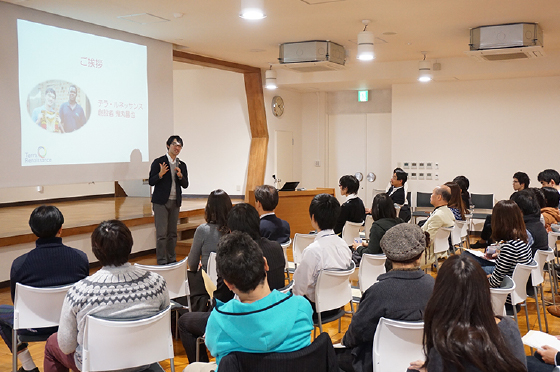 We provide a "place" to communicate the facts about conflict and think about what we can do to make the world a conflict-free society. We have given lectures at various places such as educational institutions, public administration training for international understanding, and corporate employee training. Through issues such as landmines and child soldiers, we hope to stimulate the hearts and minds of individuals and give them opportunities to remember their original "wishes" by uncovering them. The world will eventually become a peaceful place. 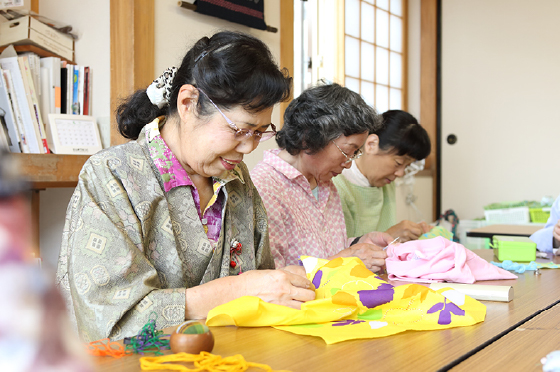 We have managed the Otsuchi Recovery Sashiko Project in Otsuchi Town, Iwate Prefecture, which was severely damaged by the Great East Japan Earthquake. We make and sell traditional Japanese handwork "Sashiko" products. In the immediate aftermath of the disaster, the aim was to secure a source of income for those affected, especially elderly women, and to reduce psychosocial anxiety (psychological care). Now, along with the reconstruction of the town, we continue our activities with the aim of contributing to the town as a small industry.

Support the former child soldiers living today through your donation.

With your support, they can do things below... 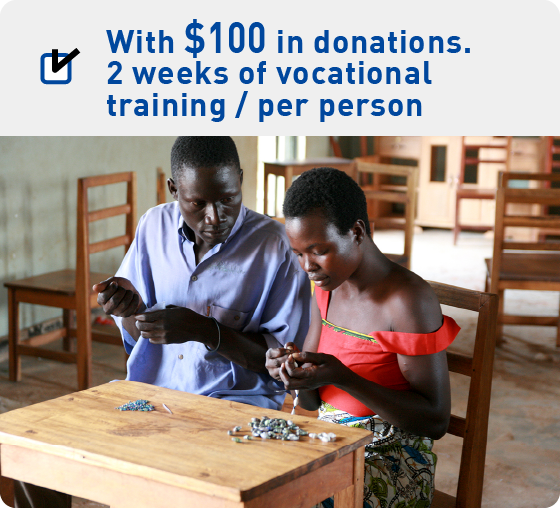 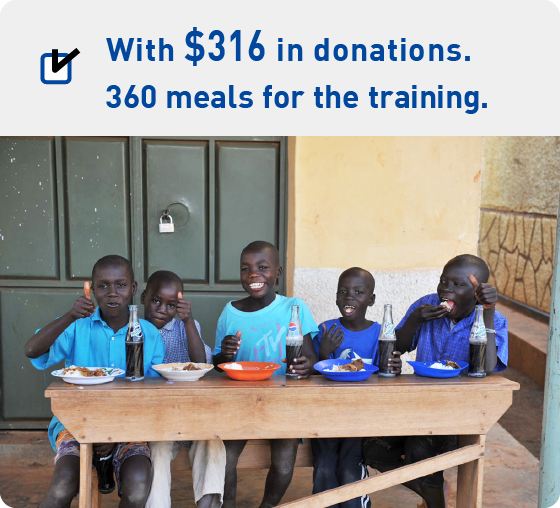 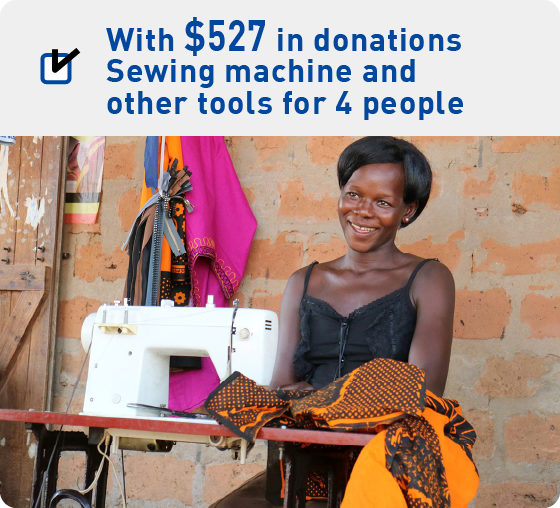 We may have little power, but not powerless. 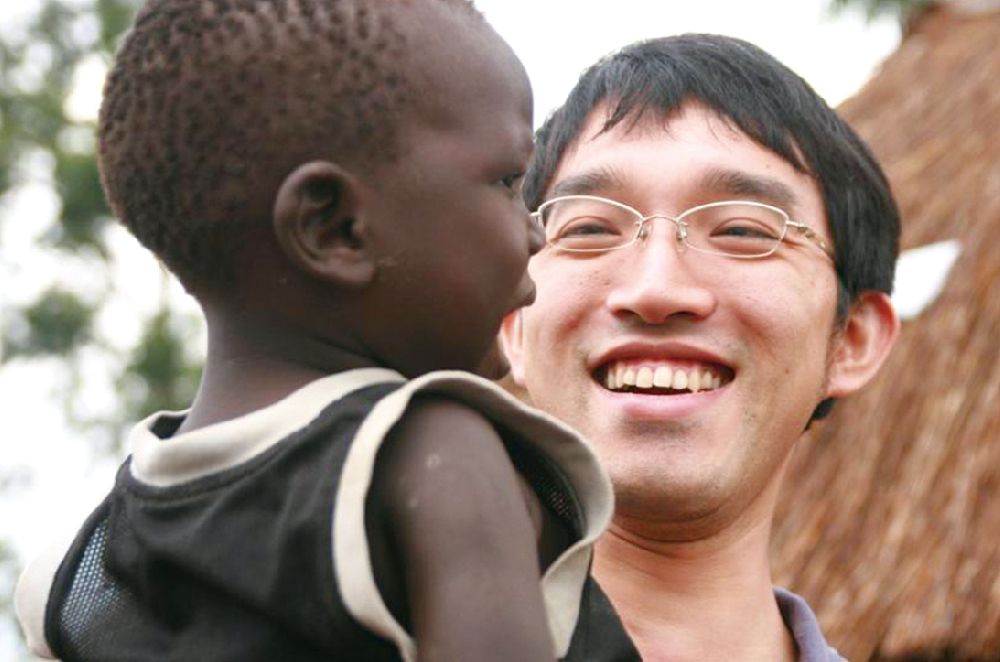 “I can't do this anymore...” Over 17 years of activity, there were many times when I almost gave up.

But, every time, I have overcome these difficulties thanks to the changes that the former child soldiers have shown us as they say, "I'm going to create my own future," and to many supporters.

It also crosses over with the government and big business for spectacular goals.
To achieve this, we can't do it all by ourselves.

We would like you to support our projects and deliver each of your thoughts. What we believe in is "Every person can create their own future."

Even if our power as individuals is limited, we are not powerless.
We would like you to join us.
We sincerely hope that you will support us.